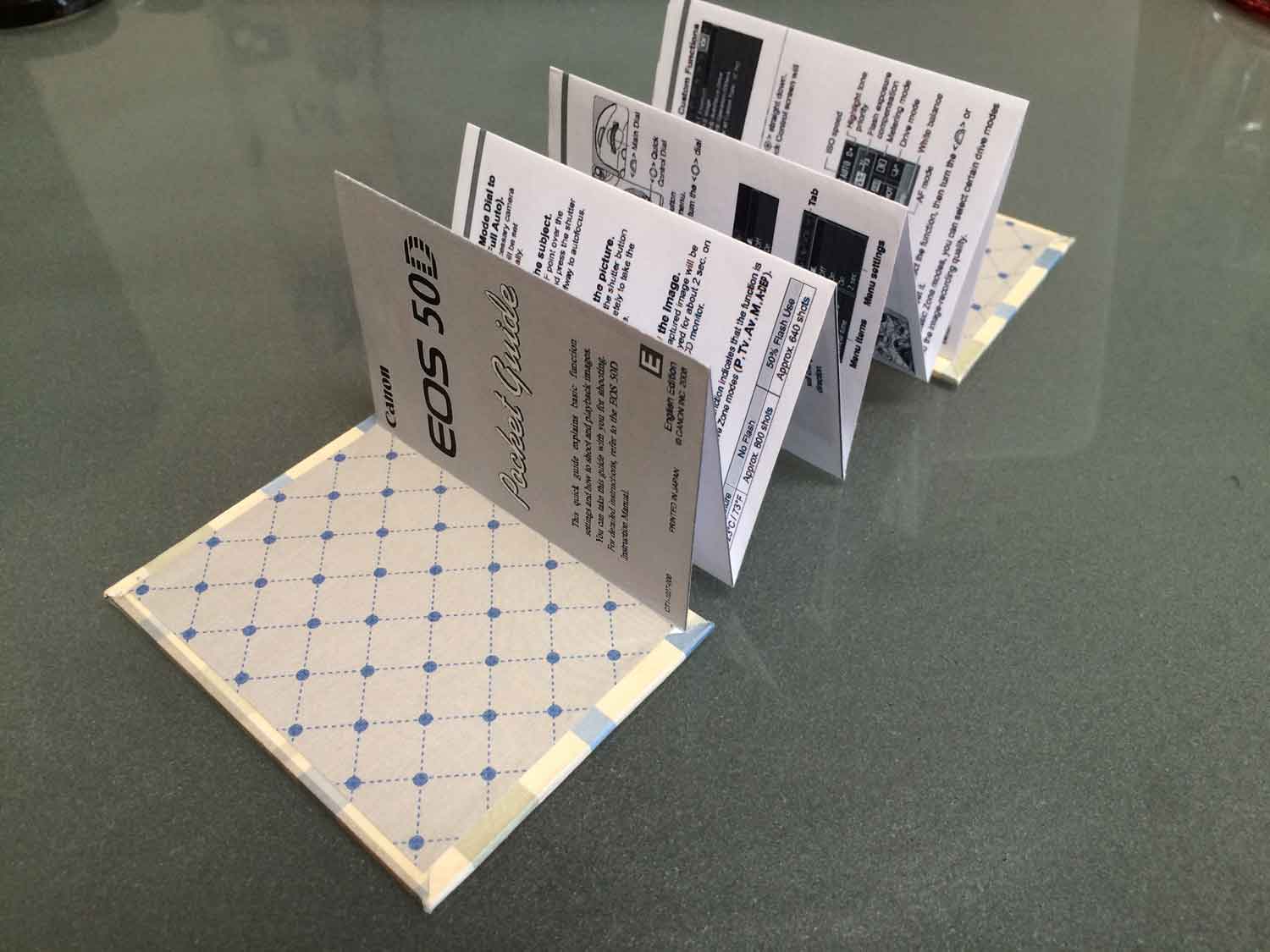 Accordion Book for a Quickstart Manual

I put my Bookbinding I skills to work to create an accordion book for a quickstart manual for a used camera we recently picked up, the Canon EOS 50D.

I found the PDF online, but unfortunately it had a bunch of watermarks across it. Or did it..? Yes, I have Photoshop skills. No, I won’t use them to remove watermarks from legitimately-for-sale imagery. But to make password-protected-for-no-good-reason old product manuals look better? Sure.

I arranged the corrected pages so each page ended up 2.5″ x 3.5″, and I was able to get about half onto one standard letter-sized sheet of paper. I set them up so they would create a nice, thick two-paper-width page once folded. My measurements were perfect, and they lined up nicely. Attempting to glue them…not so clean. I really need to get the “50/50” glue we used at the class since it’s more forgiving for repositioning. The basic school glue I used was not, so my perfect alignment ended up not-so-perfect…oh well.

In the true spirit of a first attempt from memory of something done in a class, I also mis-measured the paper for the cover. I forgot to take into account the thickness of the davey board used for the cover, so I realized the paper wouldn’t wrap far enough (~.25″) to cover the edges so the inner paper would be approximately the same size as the paper. Yes, these are the things I’m now aware of after a class about this. To “fix” this, I chopped of 3/16″ of the davey board for the covers. This would definitely not fly if I were making this to particular specs, but since I was making this just to work on its own, it’ll do! The rest came together a bit better: the glue didn’t warp the paper as much as I feared, the glue held, and I decided to favor cover alignment (so the front and back lined up) rather than paper alignment (since that was a bit off-kilter anyway).

I’ll just pretend there are no mistakes. Isn’t it lovely?