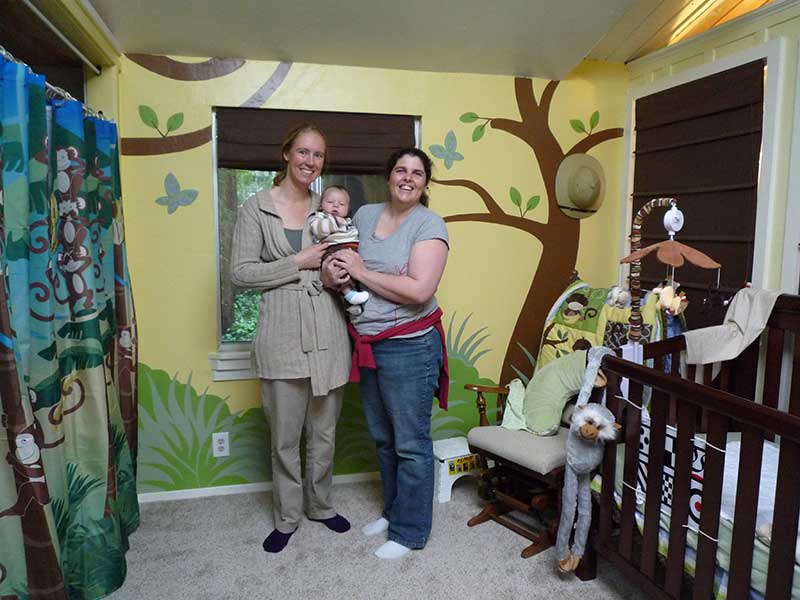 This one’s a wall mural I painted for the nursery for our friends Hannah and Amanda. The starting point: a jungle theme, butter yellow walls, brown curtains, and a few items including a curtain and a blanket with monkeys.

After taking pictures of all of the walls, I made these mockups in Photoshop to work out the design beforehand. We ended up scaling back to two walls instead of three, and I painted this over two rainy days. I masked the square and the crosshatched lines with painter’s tape, and sketched the plants freehand. I’d attempted to paint the circle by using a string pinned to the center, but after a few dashes I realized it wasn’t curving consistently; I got better results going freehand with the rest.

While painting, I mixed the blue and green to create an extra green for variety for the plants…and after painting one bush, I realized that the mixed color blended too well. I needed more contrast, so after adding in some white it was good to go. At some point I’ll remember these kinds of things before I begin rather than during painting..! It all came together in the end. With the inspired addition of the pith helmet, it’s a room fit for baby Zachary.