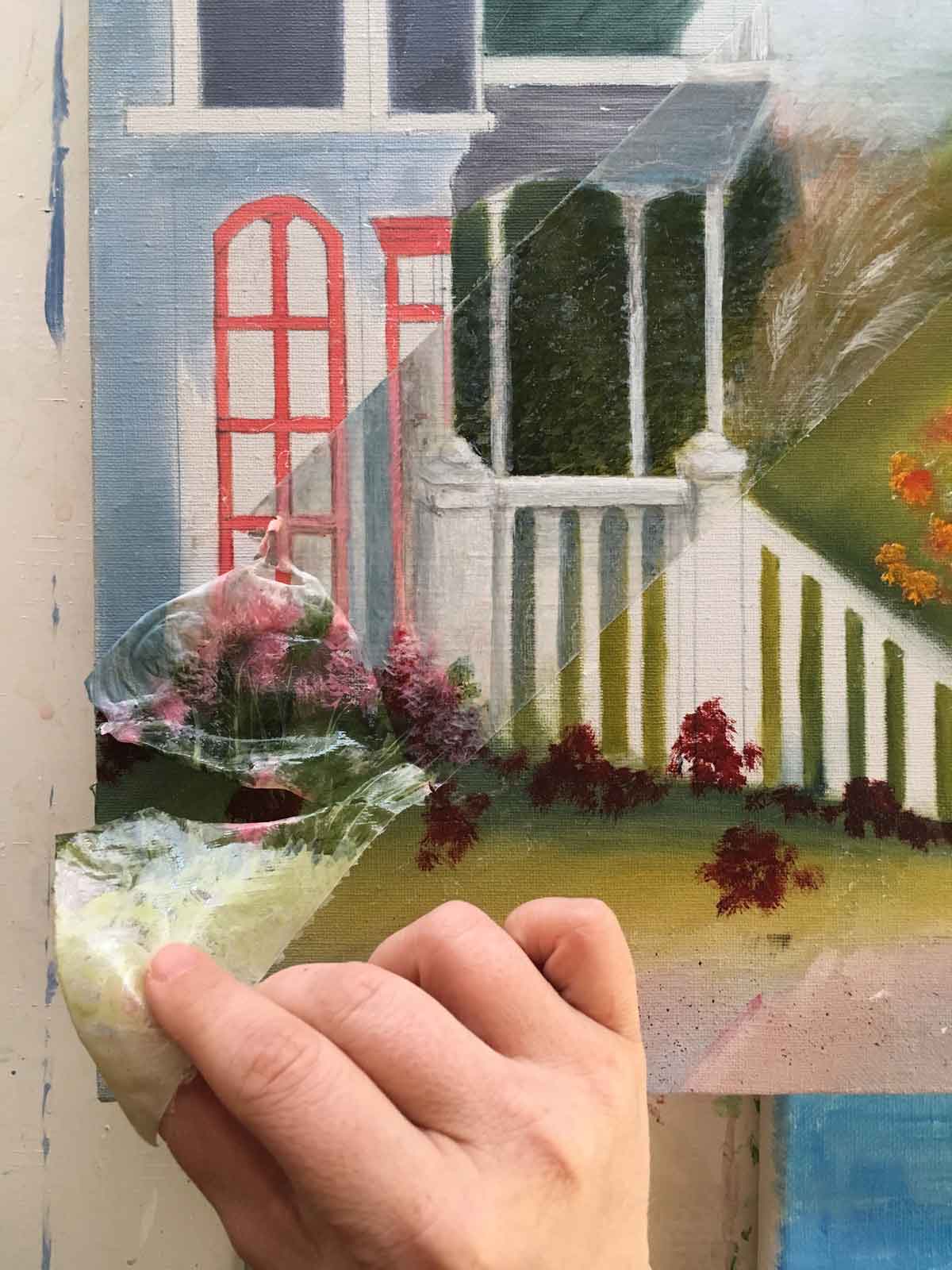 When I came up with the idea for Natural Conclusions, I knew it was highly dependent on the kind of artwork I’d find in thrift stores. I had a vague idea that landscapes or still lifes would probably be the easiest subject to find for original paintings. They were…but I also came across a lot of other stuff too. About 15-20% of what I came across ended up working for this particular project. Here are the various reasons why pieces were either non-starters or failed along the way:

Colors too unrealistic. I found a few with background/skies that were so far beyond any natural color (hot pink) that any interpretation I’d make would bear no resemblance to the original. I was a little leery about whether Cherry Blossoms \ Shae and City Sunset / AP would work out for this reason, but the subjects were too interesting to pass up and it worked out.

Lighting too unrealistic. I came across lots of bizarre lighting for moonlit scenes. I decided that it was okay to have an unnaturally large moon (always a full moon…no love for the waxing/waning out there) as long as the scene was even a little realistic. That’s how Winter Forest \ Anonymous and Night Mountains / Brooke P made the cut.

Far too busy. I found some good candidates that I later realized had too much conflicting detail to clearly show what the landscape was. If I found myself thinking about how to simplify it – rather than how to fill in detail – then it was too busy. Since only a slice of the original would be showing it needed to still look like a landscape, and these would just look abstract.

Words. Paintings with words are popular home decoration but didn’t really fit this project. They might make for an interesting Jasper Johns-style collage. I’ve seen some fun uses of frames-with-words, like this awesome one with Skeletor.

Good enough. I really wasn’t sure if I’d find enough to work with, so sometimes I bought paintings that I later decided were pretty reasonable on their own. When I had this change of heart, I donated them back.

Material failures. I had two promising paintings that were either oil or had some kind of coating that eventually rejected the acrylic: one was a Victorian house, and one was a barn in the snow. I had practically finished the Victorian one when I removed the tape, and the layers of acrylic I’d painted lifted right up along with it. When I start each painting I always put a base isolation coat to seal them, and that lifted up too. I checked the barn (which I’d taped off but not started painting) and sure enough, the isolation coat lifted off that one too. Very disappointing.