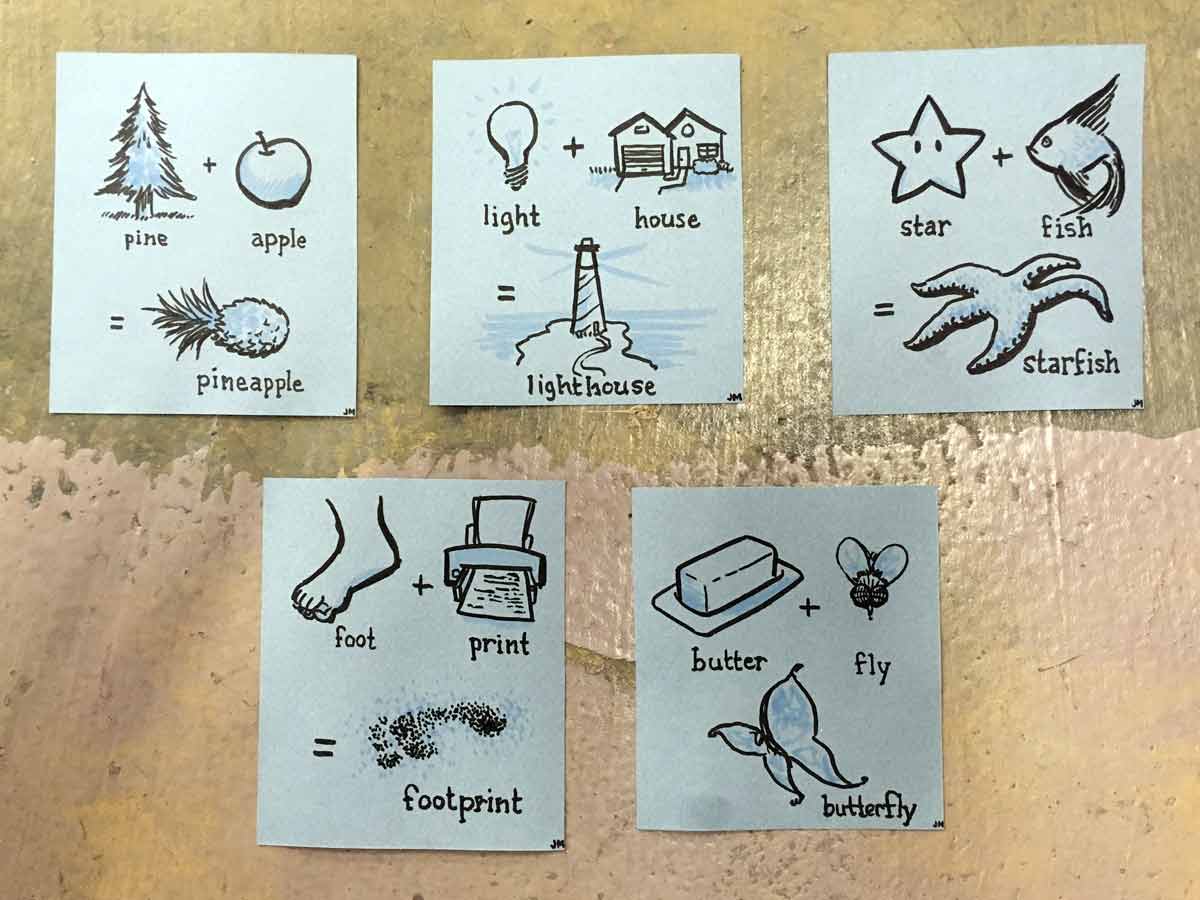 At Kaleid yesterday I was trying to think of something quick and sketchy to contribute to the pool of art for Two Buck Tuesdays. For some reason a pineapple popped into my head…so I took suggestions from various artgoers about compound words that could be made from other words. These are drawn on slate blue paper, and I used a “denim blue” marker for a little extra tone.

I’ve been in the mood to draw more after gathering up my editorial cartoons from hundreds of digitized college newspapers. Keep an eye out as I post those over the next few months. For now: rebuses!