Last weekend Alan and I joined our friends Ted, Claire, and Brendan for a fine summer feast. While we waited for the smoker to do its thing, I remembered that I had some blank artist trading cards with me and set to sketching. In between tending the smoker, which was a bit finicky despite the extra holes drilled for added airflow, a nearby neighbor called over asking to borrow space in the green bin for tree trimmings…which ultimately turned into Brendan returning with a crateful of lemons, which I also sketched. I realized after I sketched it that the perspective was oddly orthogonal head-on. I think I prefer the angled view. It seemed like it needed a little something more, and not wanting to interfere by sketching something iffy in the background, I opted to borrow a highlighter to add some color. 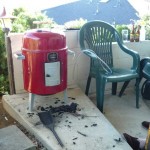 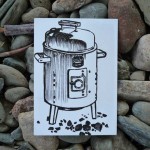 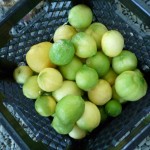 Lemons, even the green ones 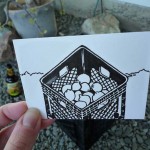 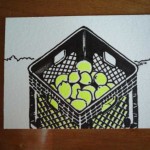