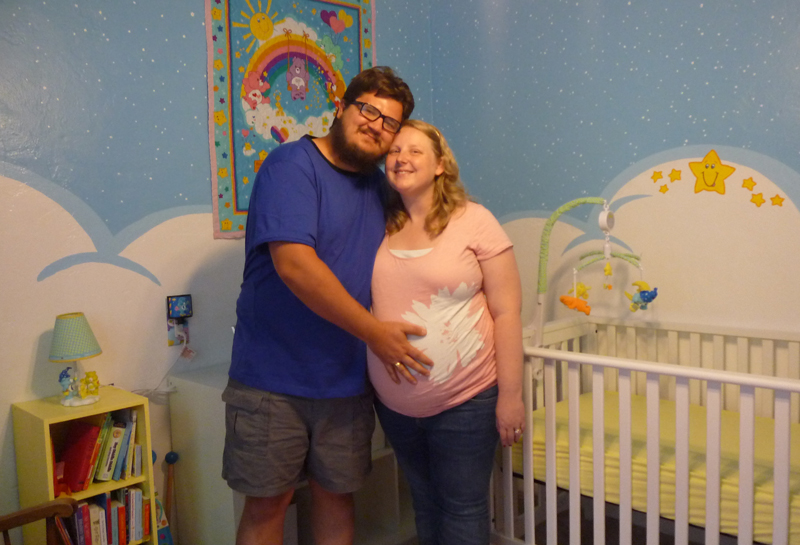 This is a nursery I painted for friends Virginia and Gabe, with a Care Bears theme. The starting point: many Care Bears-themed items, which varied quite a bit in colors and were stuffed full of bears, stars, clouds, and rainbows. To unify these extremely colorful items, I suggested going for a simple sky and clouds theme with lots of little white stars and a few happy yellow stars. (which stars get faces? Did they have names? I have no idea.) This simpler background would also be easy to change into other themes, like space, Super Mario Bros, or others if they want to change it up in the future.

Similar to the approach I used for Hannah and Amanda’s jungle-themed nursery, I took a few photos and made some mockups in Photoshop to get a sense of the scale of the design, and how the layout would work with their furniture. While doing this I started messing around with accent colors and came up with the pink and yellow frames for the windows. We took a look at these mockups together, and it was a go.

I learned a few things along the way.