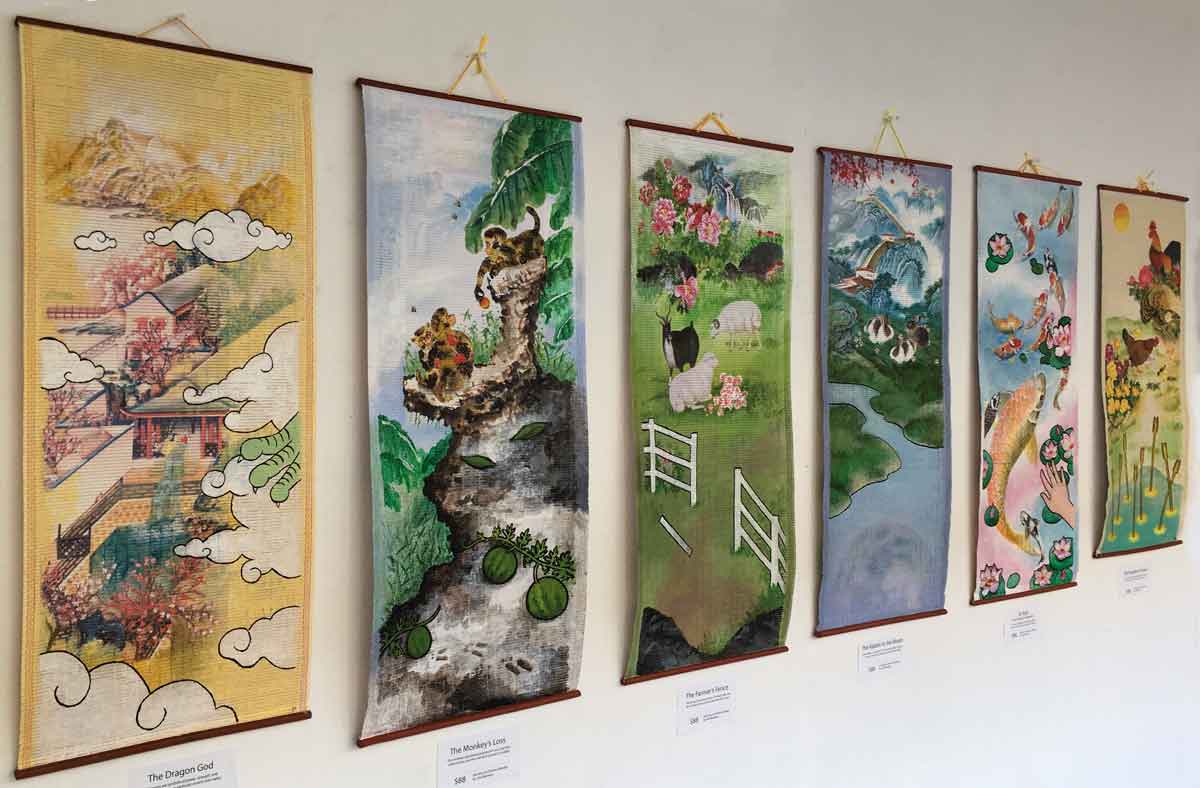 For the new year I’ve finished a small set of art I started originally back in 2009. Each of these started off as a giveaway calendar from a Chinese restaurant. I’ve been collecting these and “repainting” them by painting over everything except the main image. I attempted to match both the colors and the painting style of the printed art as best I could to preserve the original look as much as possible.

Based on the animal (or fish) on each one, I chose a related Chinese folktale or mythology to illustrate. I also chose one element to outline to make it stand out. I watched a lot of cartoons growing up and always found the juxtaposition of a painted background with a flat, outlined animation cel set a particular tone about what merited attention.

Here they are in the window display at Kaleid Gallery, from left to right:

The Dragon God
Dragons are symbols of power, strength, and good luck, and have particular control over water.

The Monkey’s Loss
The monkeys abandoned peaches for corn, and then watermelons, and then lost it all in pursuit of a rabbit.

The Farmer’s Fence
The farmer, mourning the loss of a sheep after the fence broke, fails to mend it and later loses more.

The Rabbit In the Moon
The rabbit is a companion of the moon goddess Chang’e, and uses a mortar and pestle to pound the elixir of life.

Ye Xian (the “Chinese Cinderella”)
Ye Xian, a peasant girl, befriends a magical carp who helps her win the hand of the prince.

The Rooster’s Crown
After a skilled archer shot the eight suns, the ninth hid away until the rooster could coax it out.