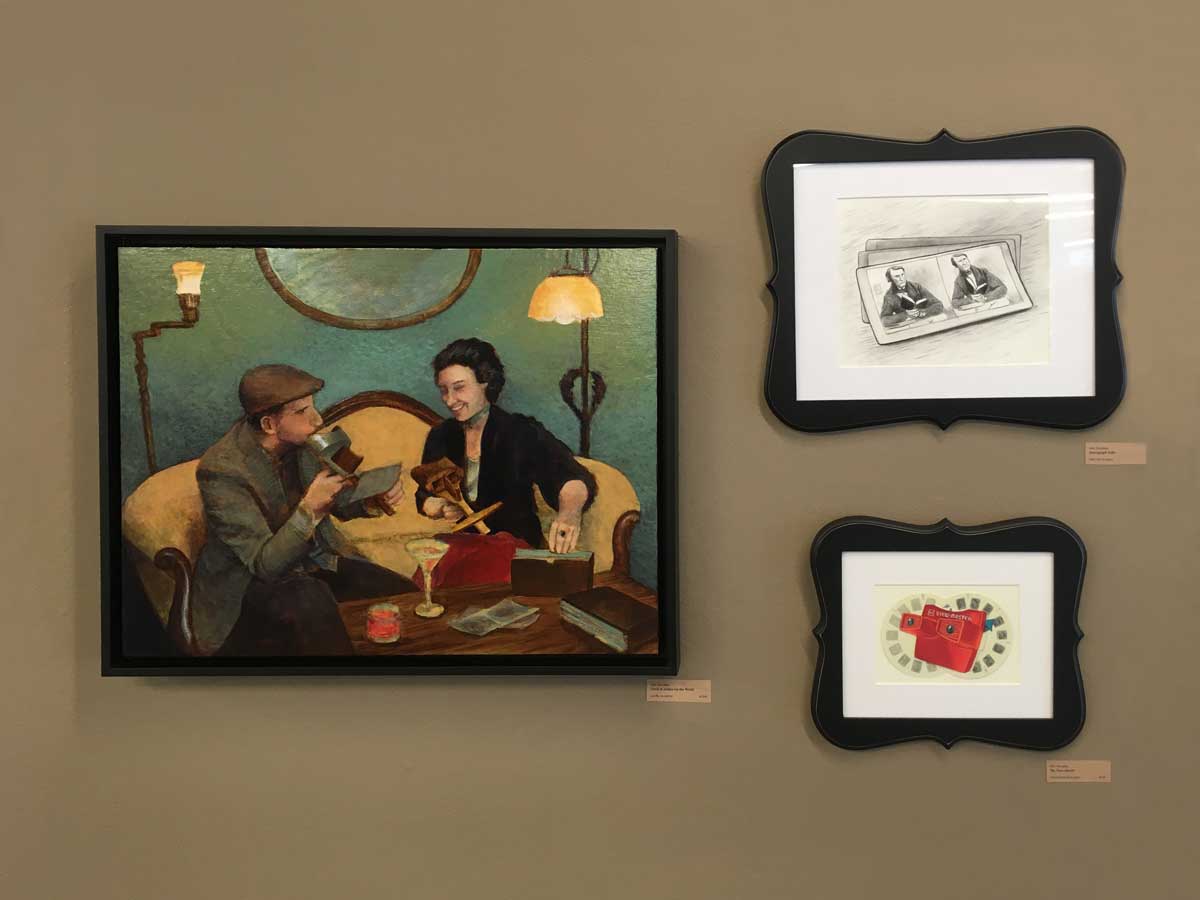 Stereoscopes are the second of seven technologies I’ve explored in Prior Art: analog media manipulation and vintage virtual reality.

Omid and Ashlea See the World

“The painting and photographs we were looking at reminded me of a museum of photography we saw in Marrakech. Photography had just entered this exotic land and an unknown culture had been communicated to the world. The stereoscopes made me feel just like those Berber tribes experiencing some unknown technology.”
Omid Mirshafiei // Instagram: @sacafotos

“My aunt has always collected quirky antiques, and I remember gently playing with an old stereoscope when I thought nobody was watching. Looking through your beautiful wooden and metal stereoscopes that day with the Egyptian travel pictures made me feel like I was looking through somebody’s old record collection. You could tell from the edges which ones were the most loved.”
Ashlea Mittelstaedt // Instagram: @clarokaysee

“Stereo” viewing is the ability to converge two images from slightly different viewpoints into one image with a perceived depth. Some people are able to view stereo imagery without the aid of a device, though it may cause eye strain and fatigue. A stereoscope is a device that arranges these images in a way to easily create this optical illusion. There have been many variations on this kind of device for nearly two centuries.

The stereoscope gained wide adoption as personal entertainment with the invention of the Holmes stereoscope. Oliver Wendell Holmes created – and deliberately did not patent – his device in 1861. According to him: “There was not any wholly new principle involved in its construction, but, it proved so much more convenient than any hand-instrument in use, that it gradually drove them all out of the field, in great measure, at least so far as the Boston market was concerned.”

Early stereograph cards focused primarily on virtual tourism to show landscapes of far-off places, but this was not the only use of them. Dr. John Adamson, a medical doctor, was also a photographer who invented one of many early innovations for developing photos.

Adamson was commissioned to create stereoscope photographs by the University of St. Andrews as they explored these new technologies. He took what may be the first stereographic self-portrait in which he chose to strike an intellectual pose with a book.

The View-Master stereoscope, patented in 1939, uses rotating cardboard disks with the stereo images split across the opposite sides of the disk. With the invention of cheap color photography, its popularity exploded.

Like earlier stereoscopes, it was originally popular as a kind of virtual tourism. It later shifted to become more of a toy, and in 2008, the original company stopped producing tourism reels altogether in favor of the much more popular animated character reels.