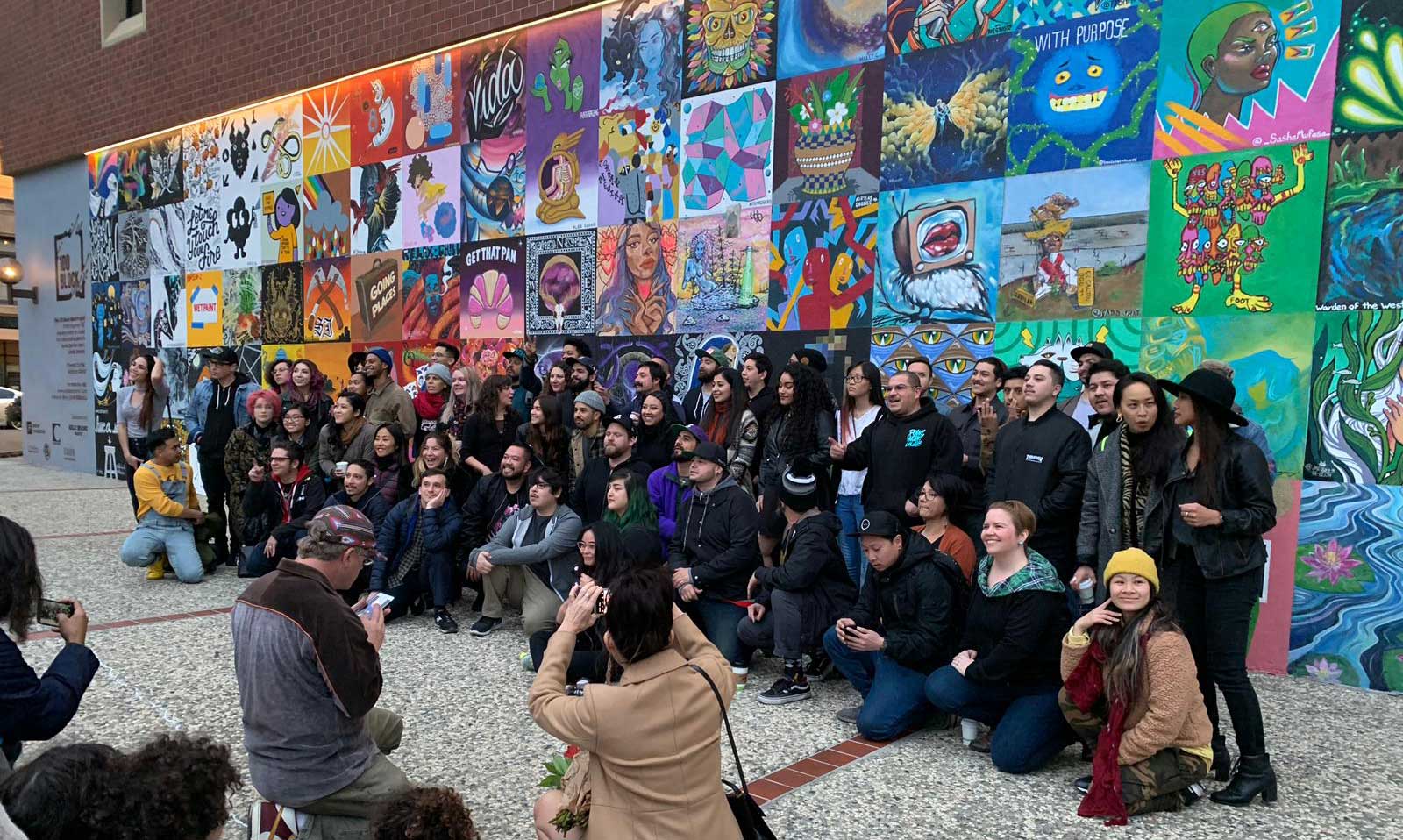 I recently painted a part of this epic mural project called 100 Block. Organized by The Exhibition District, this is a mural created by 100 different artists each painting a 3′ x 3′ square. Now that it’s complete, it’s being submitted for a Guinness World Record for “largest collaborative mural” (as in: most number of artists working together on a mural).

The call went out last May during which I made a small (12″ x 12″) painted concept. This is based on a photo I found in the Library of Congress of Mrs. Norris with homegrown cabbage (photographer: Russell Lee), a photo I’d found a little while ago while browsing the LoC archives. It reminds me a lot of the coastside and CA central coast, though finding out it was a photo of a victory garden was a neat little discovery too. Unfortunately the original mural location fell through, so I had no idea when (or if) this might happen.

It came back to life at the end of January once a new location was secured, and we started the elaborate process of alternating artist times so we could all do our parts. They provided everything including the scaffolding, tape, paint, and brushes thanks to many excellent sponsors. I was a little nervous about both the texture of the wall (very bumpy) and getting the right color mixes since they weren’t my paints. So: I ended up blocking out the main shapes very quickly, and each area probably went through 2-3 rounds to get the colors right. The lighting also shifted a lot during the day from dark clouds to bright sun, so I’m glad it came out as balanced as it did.

The timing ended up being extra complex due to the weather. More than half of the original artist days to paint were rained out, so we had a lot of reschedules. It was completed in time for the First Friday artwalk, though, and it looks great!