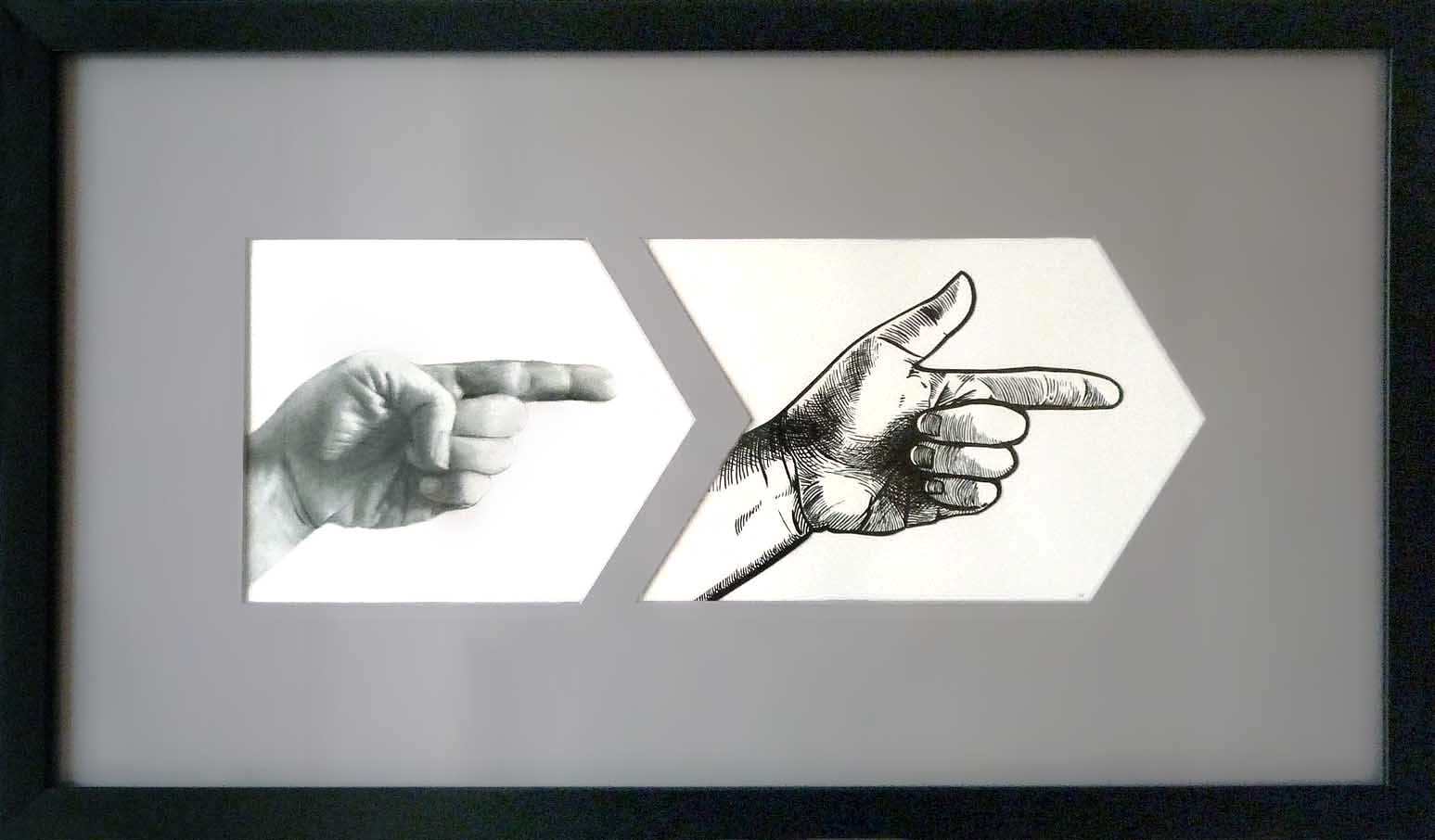 I came across an art show “call for entry” about an upcoming show looking for a range of commentary about guns. There are a lot of potential themes here: power, protection, sport, identity. The one that stuck with me was the use of a gun to amplify expression – specifically to sharpen and escalate an emotion.

The first part is in charcoal: a pointed finger, a direct expression that can still contain a great deal of context and shades of gray. By a subtle change of gesture – invoking a pointed gun – it both heightens the tension and throws a conflict into a stark contrast where fewer options exist. The use of ink also casts it in the light of something that has frozen in its state, a rendering that might be in a newspaper or book.

I came up with the gestures first and took a few reference photos. To get the best contrast, I moved around until I got the light source to the front and top of the pointed finger. I had the idea that the “gun” gesture hand should be more stark in appearance than the other. To figure out how this would look, I made a Photoshop mockup. While doing this I decided to try out different mat colors, and it occurred to me that I could make a custom mat shape too. I started with the standard mat rectangle and added angled edges to show the progression of the escalation.

Creating the charcoal hand was pretty straightforward. Charcoal is (relatively) forgiving: you can build up the shadows, and then pull back in the highlights and lighten areas with an eraser afterward. Ink: not so much. My first attempt was a bit messy, and I realized my reference photo for the gun gesture was a little bigger than the other. I decided to use the first reference photo for all of the hand except the thumb. This helped unify the two tremendously. I also changed my approach to the ink and used a brush pen so I could get more line variety. It took a lot of concentration to work this way, but more care in the linework paid off. Of course…when I cut the mat I realized I’d drawn the ink hand too close to the edge of the paper. To fix this, I cut out the hand and mounted it on a new piece of paper. Ta da!